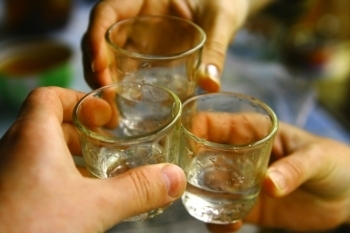 Russian speaking countries are a critical new target for markets, especially for businesses looking to grow into Eastern Europe or the so-called “tycoon” consumers which are extremely desirable for real estate developers, high end properties and other luxury consumer goods and services. With social media management growing in marketing importance with each passing year, it is important to be familiar with the key platforms on which to engage Russian speaking users and potential customers.

VK, or VKontakte is still one of the most popular social platforms for Russian speaking users all around the world, especially in Eastern Europe. Countries with a high density of VK users include Russia, the Ukraine, Belarus, Israel and Moldova. It is very similar to Facebook, and even started the same way with a user restriction to university students, has a similar colour scheme and layout and a lot of the same functionality. Users can message each other (publicly or privately), create groups, pages and events, share and tag videos and images and play games in their web browsers. The name simply means InContact or InTouch.

VK has maintained its position as the second most visited website in Russia and as of late 2012 has nearly 200 million registered accounts with over 40 million daily users.

Odnoklassniki has been overtaken by VK in general popularity but remains extremely popular for certain Russian speaking demographics – normally lower income men aged under thirty-five who mainly access the web from home. The name translates to English as Classmates as it originated as a system for looking up old university or school classmates before extending into a more generic “old friends” network.

These are very rapidly growing in Russian speaking users, particularly amongst younger people aged 18-27 who are starting to eagerly embrace a more global community and engaging with blogging, tweeting, posting and image sharing. VK still has the most significant presence in older generations of Russians but those looking to target a younger demographic would be well advised to ensure that they have a visible presence in both Russian and English on these two more global platforms.

If you are looking for expert advice and guidance on taking your online marketing and social media into the Russian speaking market, including translation, localisation and website marketing services, give ExtraDigital a call today on +44 (0) 1227 68 68 98 to speak to one of our Russian marketing experts and learn how you can tap into one of the world's most potentially lucrative economies to help your business achieve lasting international growth.