We hope you got a chance to read and take part in our project management training - part 1. If you missed it - here is a quick recap:

Task: The ExtraDigital team took part in a Lego building exercise that represented real life time management dilemmas in modern project management. Check out the rules and aims in the first instalment for more details.

There were some interesting outcomes and much debate as to who won the task. Yes - some extra pieces were introduced with some teams getting carried away in the excitement of Lego, but there were also serious contenders for the title.

Previous title holders Mike and Sean (Second from left) scored highly and met the rules with the only mistake of including a window instead of a door. If it wasn’t for some incorrect colour pairings Emma and Tawfik would’ve taken the crown (Centre). Other teams were forced into disqualification for the same offence. Whilst top marks were given for creativity and interesting furnishing (far left), team ‘Back-end’ failed to stick to requirements (a pretty project but with no real value)!

Although the rules state no towers to be made - some of the more enterprising staff entered the grey area of putting bricks under the base plate - a clever ploy and even though not strictly legal missed by the otherwise comprehensive rulesl! Nice try. 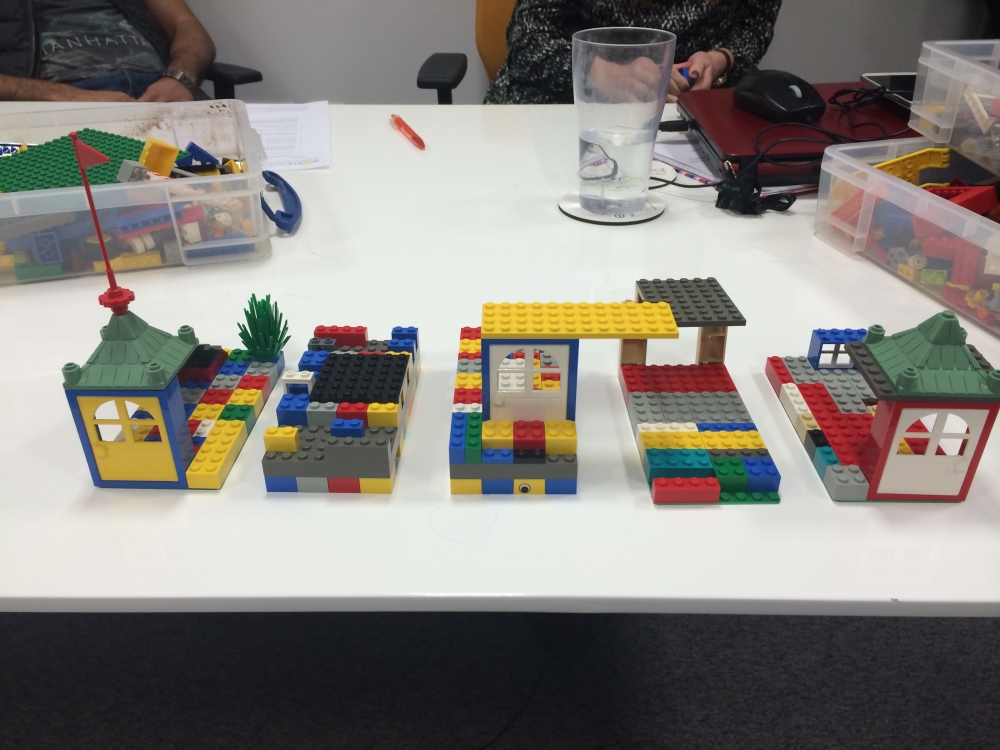 As well as a bit of fun, the task teaches us about the importance of time management in projects. The bricks (tasks) you are asked to find will not all fit into the base plate ( time allocate).  The key was prioritising these so that the final outcome was of the highest quality (score) in the time allocated.

So how do you prioritise?

Look at the points scored for each piece; these are not ‘equal’. Some score highly for no effort.

So how do these relate to real life tasks?

The 1x4 bricks are the smallest tasks such as replying to emails or project admin. These tasks are actually quite essential and are worth more than their size suggests, but usually short and quick and can be slotted in easily.

The Either/OR Tasks - Doors and Windows

Sometimes as project managers, we often have a choice of two tasks. Both tasks have value and would greatly contribute to the outcome of the project. However, one task often has more value - in which case chooses the most valuable.

The Roof – a high value easy to do task

With no limitations, these tasks are often the best. They are high value and easy to complete as they are not dependant on any of the previous tasks. If these tasks surface, make sure to get these done!

The 2x2 are the tasks that often cause problems with project managers. They often have complicated rules and are small unimportant issues which are often trivial. You may have found that you spent the most time on these in the task. It’s easy to too long on these and need to sometimes let these pass and think of the bigger picture. If the rule is too complicated leave if for a while and deal with more high value tasks which have a more significant outcome on the project.

Thanks for playing along - we hope you had fun. If you have a web design or internet marketing project, give us a call today on 01227 686898 to find out how we can provide you with an efficient service, making sure our time is spent on providing you with a great solution.